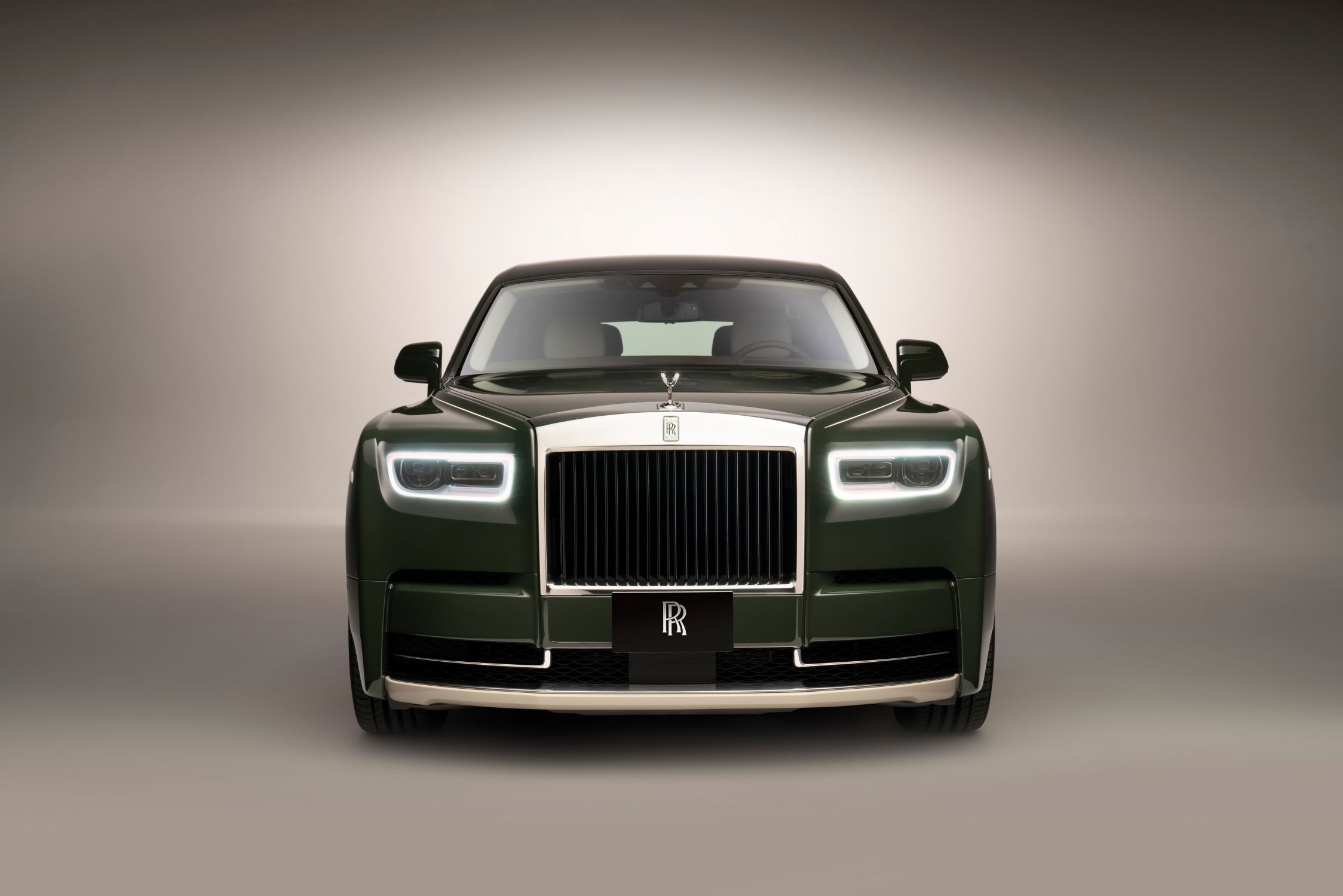 A bespoke jewel in collaboration with Hermès

Rolls-Royce Motor Cars has co-created a magnificent Bespoke Phantom in a unique collaboration with Hermès. Designed and handcrafted by a combined team of Bespoke specialists at the Home of Rolls-Royce at Goodwood, West Sussex, and Hermès in Paris, Phantom Oribe reflects the personality and passions of its owner, Japanese entrepreneur Yusaku Maezawa. The client envisioned the car as a ‘land jet’, bringing the serene exclusivity of private air travel to the road.

The car’s striking two-tone exterior matches the characteristic green and cream glazes of antique Japanese Oribe ware, of which Maezawa-san is a prominent collector. The upper part is finished in Oribe Green, a fully Bespoke colour created exclusively for the client; in an unusual move, Rolls-Royce has made the paint available for use on the client’s private jet the Phantom will be paired with. Developed over many months by specialists in the Surface Finish Centre at Goodwood, it perfectly captures the lustrous, deep-green glaze that characterises these 16th century ceramics. The effect is beautifully completed by the cream-white lower section.

The Oribe ware-inspired colourway harmoniously continues through the interior, created and realised through a true meeting of minds between Hermès designers and craftspeople in Paris, and the Rolls-Royce Bespoke Collective of designers, engineers and craftspeople at Goodwood in West Sussex. Together, they applied their shared expertise and ingenuity to ensure every individual component embodies the finest traditions of both houses.

The interior is finished predominantly in Hermès Enea Green leather, extending to details that include the immediate touch-points of the client; for example, the steering wheel, duchess handles, gear selector and the rotary controls for the motor car’s climate settings.

Delicate Hermès piping adorns the headrest cushions and calf supports of the rear seats, while soft Seashell White accents and matching lambswool floor mats create a sense of light and space throughout.

The interior is also replete with examples of Rolls-Royce Bespoke design and handcraftsmanship. Wooden speaker frets, for example, are formed by meticulously perforating the Open Pore Royal Walnut veneer applied to the doors, creating a seamless, textured aesthetic and delicate haptics. Open Pore Royal Walnut is additionally applied to the centre and rear consoles and picnic table backs; in another first for Rolls-Royce, the interior features Hermès ‘Toile H’ canvas on the door armrests, centre and rear consoles and, most notably, the signature headliner.

Hermès brings its distinctive equestrian heritage and innovative craftsmanship know-how to the car, with the leather upholstery created using stitching and edge-painting techniques originally employed by master saddlers. For Phantom’s Gallery, a feature unique to Rolls-Royce, that runs the length of the motor car’s fascia, Hermès commissioned an artwork based on a design by the celebrated French artist and illustrator Pierre Péron (1905–1988) who created many of the House’s iconic scarves. The work, inspired by the famous Hermès horse motif, is hand-painted on Open Pore Royal Walnut and is presented as though staged in an art gallery, behind glass.

Torsten Müller-Ötvös added, “This majestic and tasteful Rolls-Royce Phantom demonstrates what is possible when talented people from two of the world’s great houses work closely together alongside a far-sighted, inspirational client like Maezawa-san. It is a meeting of minds, expertise, visions and skill that represents the very best of our respective craftspeople and capabilities.”

Rolls-Royce Motor Cars has co-created a magnificent Bespoke Phantom in a unique collaboration with Hermès. Designed and handcrafted by a combined team of Bespoke specialists at the Home of Rolls-Royce at Goodwood, West Sussex, and Hermès in Paris, Phantom Oribe reflects the personality and passions of its owner, Japanese entrepreneur Yusaku Maezawa. “This magnificent expression of our pinnacle product represents a landmark for Rolls-Royce Motor Cars, bringing together two houses with more than three centuries’ combined experience and heritage. It is the result of a deep, genuine collaboration between the Houses of Rolls-Royce and Hermès, in which designers, materials specialists and skilled craftspeople worked side by side to create a truly one-of-a-kind Phantom. It has been an extraordinary privilege to unite on such a creatively challenging, technically demanding commission and bring our client’s remarkable vision so beautifully to life.”
Torsten Müller-Ötvös, Chief Executive Officer, Rolls-Royce Motor Cars 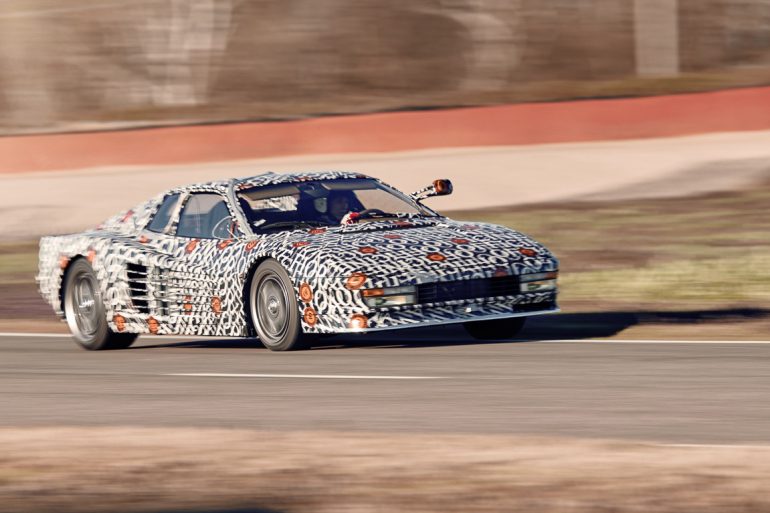 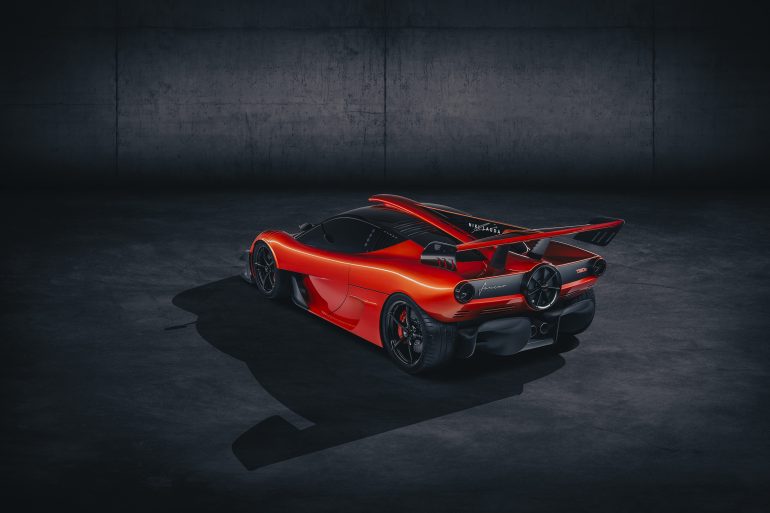 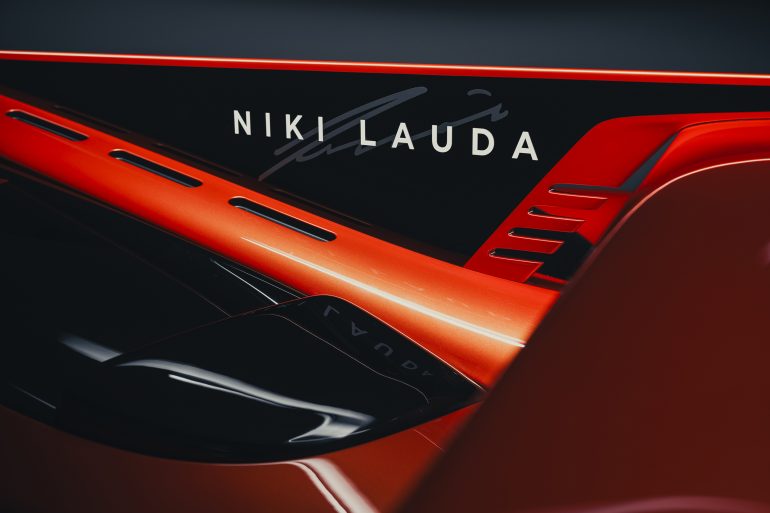 NEWSLETTER
We use cookies. You can consent to the use of such technologies by clicking the accept button.
ACCEPT
Manage consent

This website uses cookies to improve your experience while you navigate through the website. Out of these, the cookies that are categorized as necessary are stored on your browser as they are essential for the working of basic functionalities of the website. We also use third-party cookies that help us analyze and understand how you use this website. These cookies will be stored in your browser only with your consent. You also have the option to opt-out of these cookies. But opting out of some of these cookies may affect your browsing experience.
Necessary Always Enabled

Performance cookies are used to understand and analyze the key performance indexes of the website which helps in delivering a better user experience for the visitors.

Analytical cookies are used to understand how visitors interact with the website. These cookies help provide information on metrics the number of visitors, bounce rate, traffic source, etc.

Advertisement cookies are used to provide visitors with relevant ads and marketing campaigns. These cookies track visitors across websites and collect information to provide customized ads.

Other uncategorized cookies are those that are being analyzed and have not been classified into a category as yet.