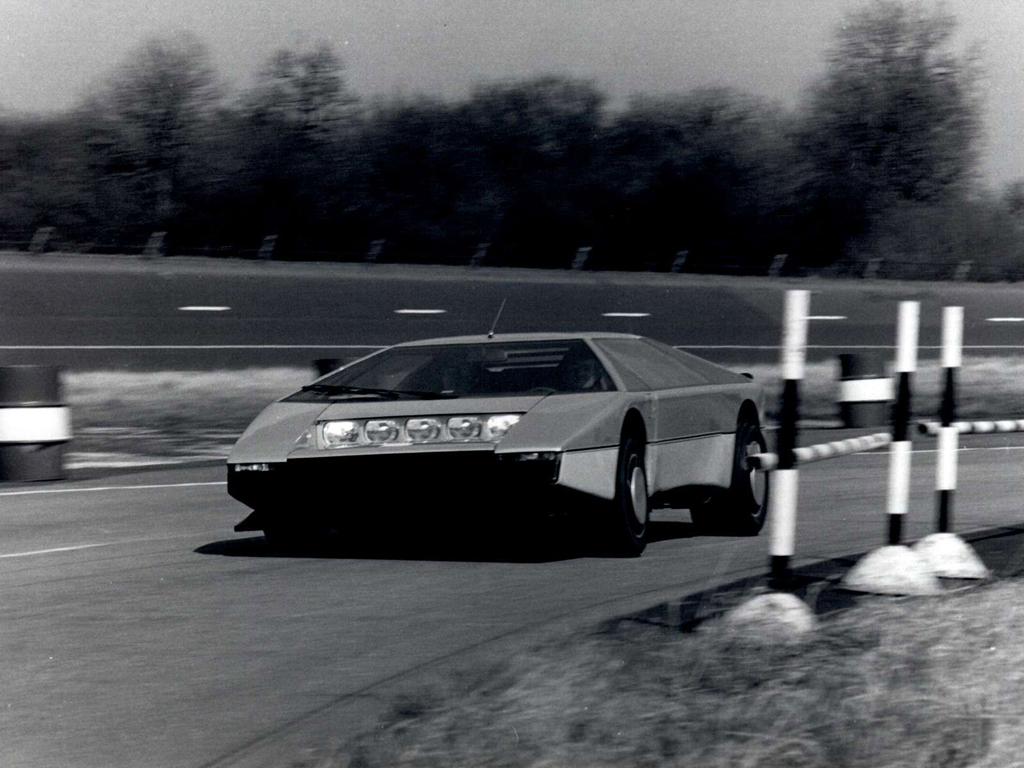 Meet the Aston Martin Bulldog, the youngest car to ever win the prestigious Coppa d’Oro award at the Concorso D’Eleganza in Villa d’Este.

A special thanks goest to the owner, Philip Sarofim, and to Pirelli for giving us the opportunity to shoot this amazing and unique beauty, which also witnessed a radical change of pace in the Italian automotive kermesse vision we are all happy about.

Its straight-edge lines contrasted a lot with the curvaceous Italian, French and German bodies seen at the end of May in Cernobbio, and that probably is the reason why the British one-off received the largest amount of preferences during the public referendum.

The Bulldog — named after a Scottish Aviation Bulldog aeroplane flown by Aston Martin’s then managing director, Alan Curtis, but nicknamed “K9”, after the robotic dog from the Doctor Who TV series — was designed to show off the capabilities of the British brand new engineering facility in Newport Pagnell. The car was officially launched on March 27, 1980, at the Bell Hotel at Aston Clinton. Although the car was built in the UK, it is left-hand-drive. The Bulldog’s sharp wedge shape was designed by William Towns, and gave the Bulldog a drag coefficient of 0,34.

The car is powered by a 5.3L V8 engine with twin Garrett turbochargers which produces 600 bhp, even if it was capable of 700 bhp as tested on the bench. The Bulldog features five centre-mounted, hidden headlamps and gull-wing doors.

The interior is upholstered in leather with walnut trim, and uses multiple LED buttons like the Lagonda. Aston Martin planned to build 15-25 Bulldogs, but in 1981 Victor Gauntlett became chairman of the company and decided the project would be too costly, so the Bulldog project was shelved.

Perhaps not everyone knows that the Bulldog was intended to break the 200 mph barrier, but only reached 192 before project’s cancellation during a test run at the Motor Industry Research Association track, in late 1979. Had it succeeded, it would have overtaken Ferrari F40’s 200+ mph record by about seven years.

It would have also been Aston Martin’s first rear-mid-engine production car: the Gaydon-based company revisited this architecture with the Vulcan, Valkyrie, and Valhalla hypercars. By any means, in 1979, the Bulldog was the most advanced supercar ever made and it was obviously sporting — still nowadays — Pirelli Cinturato high-performance tires.

Last but not least, after the project was cancelled, it took Aston Martin four years to sell the vehicle. Incredible, no?

Next
The Art of Dreams