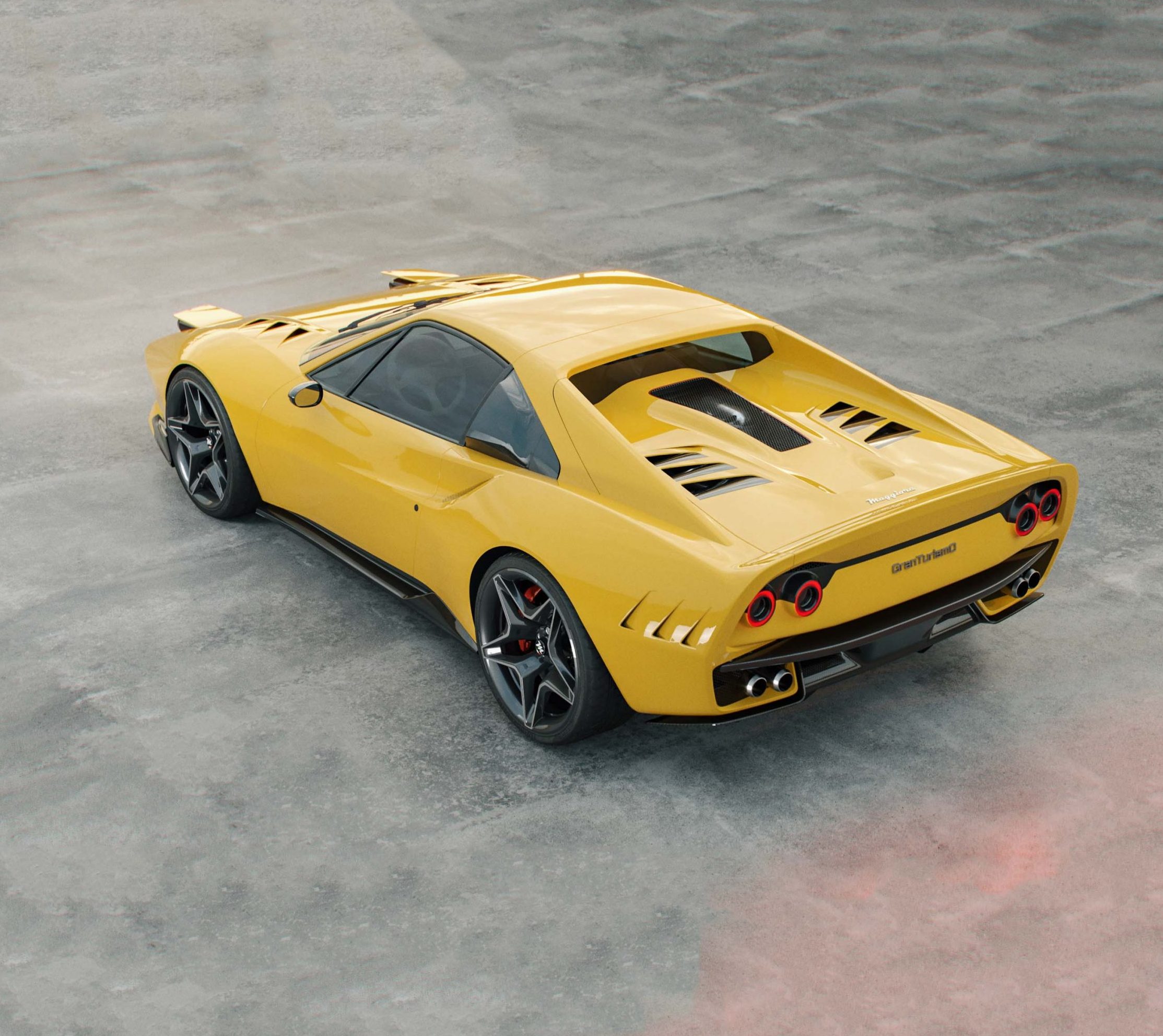 Less than two years ago Automobili Maggiore launched the Project M — as for Magnum, just like the popular Magnum P.I. TV series aired in the 80s.

With its second project, the team wants to go further to offer its customers a new product complementary to the first, but with a more aggressive approach in terms of style, design and performance. The inspiration could only come from the 288 GTO, the 308 pinnacle’s evolution.

The project GranTurismO is born with the aim to satisfy the requests of customers who love the 80s but who are looking for a more hardcore atmosphere than the now which the Project M can offer. The latter is an open-top sport car to tastefully drive around Alps or in Côte d’Azur with its naturally-aspirated V8 soundtrack natural aspirated, while the GranTurismO is a 600 hp turbo best for literally race the open roads.

The project aims to celebrate two icons: the turbo engine made by Ferrari — dated 1982 — and engineer Nicola Materazzi, the man who made forced-induction engines immortal — by designing masterpieces such as 288 GTO, GTO Evoluzione, the queen F40, Bugatti EB110 and B Engineering Edonis — who passed away only few weeks ago.

The chassis from the 208/308/328 family has been completely rebuilt and strengthened for new levels of stress; attached to it, a sub-frame anchors the longitudinally-mounted engine and the 6-speed manual gearbox. The suspension compartment is completely new both in its geometry and materials, and it is combined with adjustable shock absorbers and a Brembo racing brakes.

Of the original Ferrari V8, the crankcase is still at its place, while the heads have been completely redesigned to accommodate the new intake system with electronically-managed rotating drums and a air-water intercooler directly housed in the intake manifold. This solution helps to improve the engine’s response and reduce the lag when changing gears. The GranTurismO engine, due to the dry sump lubrication system and the renewed bedplate, oil sump, cam carriers, distribution carter, intake, exhaust manifolds and the service belts, is about 30% smaller than the standard 288 GTO block.

In terms of power and dimensions, the engine reflects the FIA GT3 V8 engines’ specifications, but features some exclusive technical contents such as the Sequential-Selective bi-Turbo and the double fuel system developed by Italtecnica. Thanks to this innovative supercharging components, that converge both banks’ exhaust gases on one turbine at low rpm and on the two turbo elements at high rpm, it produces 600 hp with a noticeable low-end torque characterized by no response delays.

The GranTurismO has been completely redesigned — taking muscular 288 GTO as source of inspiration — and its body is entirely made with carbon fiber.

At the front end, the low spoiler strongly recalls the 80s, and the front lamps now use the latest generation LED lamps both in the black fascia and in the retractable headlights. The air intakes are kinda large, three on each side, and perfected in a more modern shapeM the ones on the front and rear bonnets give the car an aggressive shark-alike look. The main door-located intake gives dynamism to the entire side; the one behind the side window has a 3D volume that emphasizes the car’s character. A third one is hidden in the side skirts. At the rear end, the diffuser dominates the section, while — in the upper part —a beautiful set of lights recalls the latest Maranello-originated production cars. The 18” alloy wheels, specially designed for the GranTurismO, reinterpret the concept of the 5-point Ferrari rim from the 80s with a more contemporary design.

Modern interiors are mixed up with nice vintage references, and obviously they will be completely customizable in materials, colors and accessories chosen by future customers. The GranTurismO will be produced in a very limited number of units, and each model created will follow its owner personal specifications and desires, The car will come with a specific book that where it will be possible to trace the model’s chronicles.

What else? We can wait to see this new restomod in the flesh!