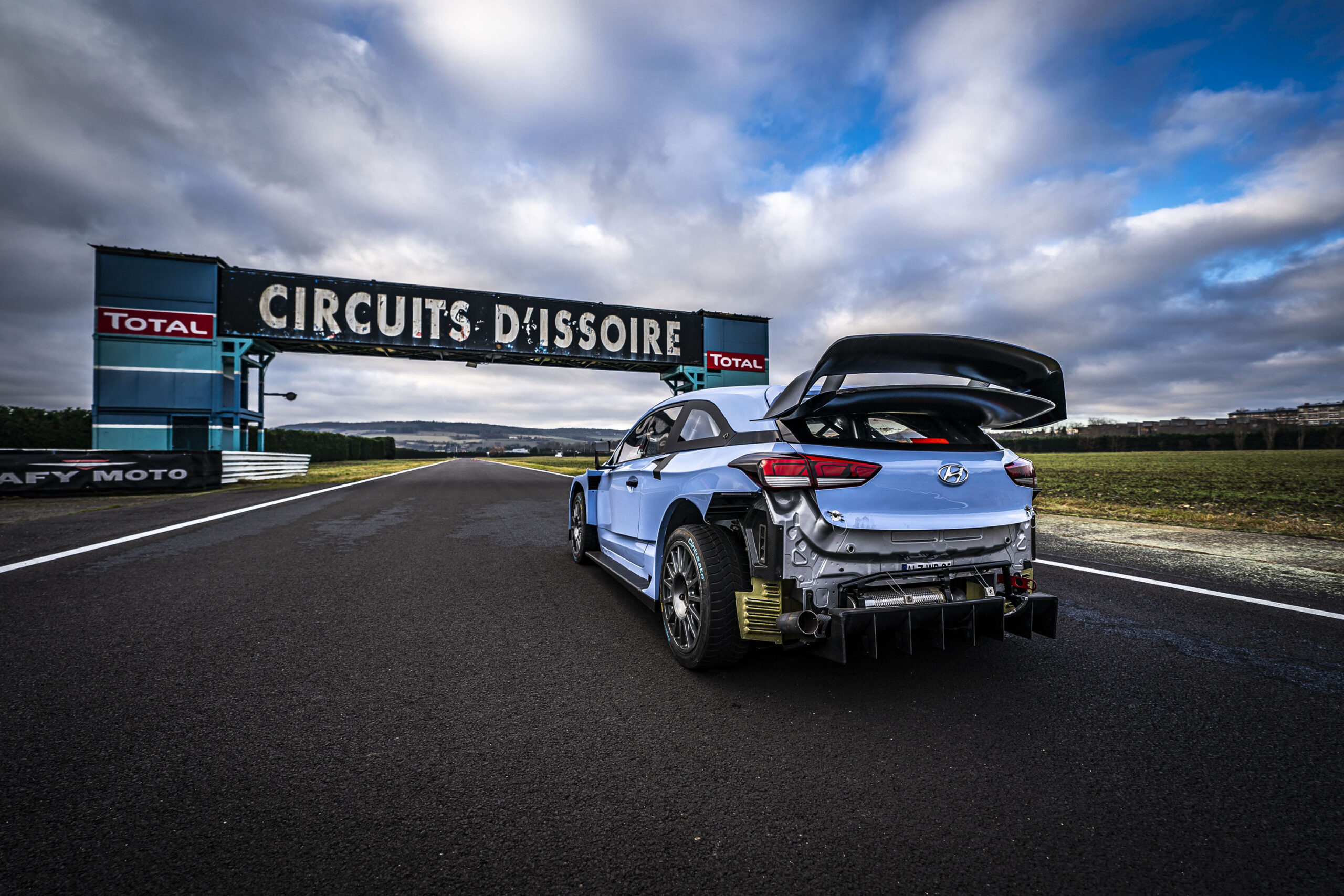 Thanks to Car&vintage’s friend, rally and test driver Alessandro Gino — do you remember the Impreza S10 WRC we experienced one year ago? — we had the chance to take a closer look to his Hyundai i20 Coupé WRC Plus, now part of the Gino WRC Invest program: an exclusive collection that showcases a wide range of WRC, WRC2 and R5 cars all sharing notable race pedigrees.

This i20 Coupé WRC Plus, chassis 15, won the 2019 Rally Italia Sardegna with the Spanish driver Dani Sordo.

Hyundai built this World Rally Car for the Championship, starting from the 2017 season. It is based on the Hyundai 20 car, and is the successor to the Hyundai i20 WRC used between 2014 and 2015. The car has been driven, amongst others, by Sébastien Loeb, Thierry Neuville, Hayden Paddon, Andreas Mikkelsen and — as said before — Dani Sordo.

The new technical regulations for 2017 were introduced to enhance the WRC’s spectacle with cars sporting more aggressive look and dynamics. While changes focused on improving aerodynamic and mechanical grip, power increased from 300 to 380 hp — thanks to a larger turbo restrictor which went from 33 to 36 mm, and curb weights slightly decreased.

Under the bonnet we have a 1.6-litre L4 Hyundai T-GDI turbo engine, paired with a 6-speed sequential gearbox with paddle shifters and a cerametallic twin disk clutch. It delivers 380 hp at 6,500 rpm with 450 Nm of torque at 5,500 rpm.