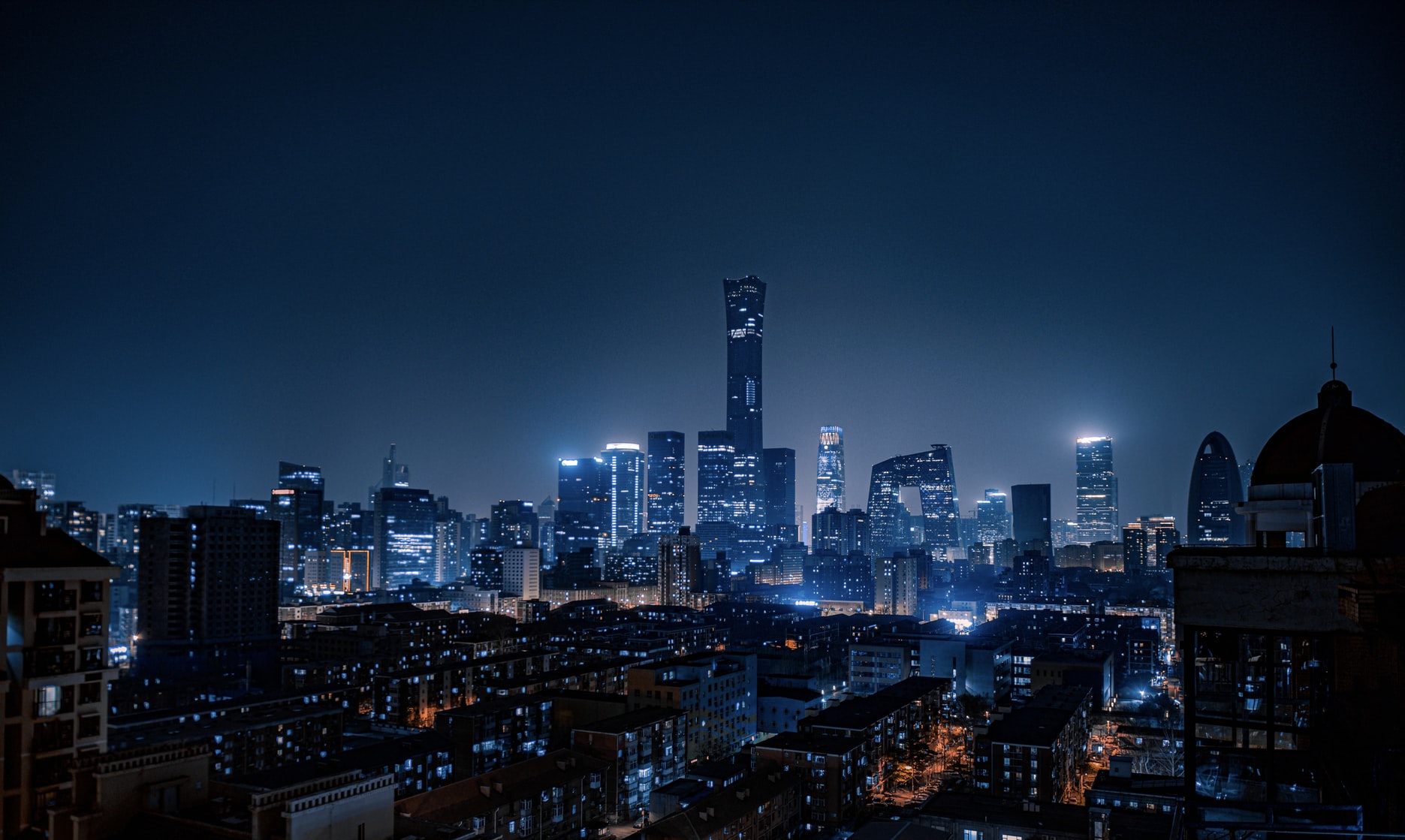 A worldwide countdown, a play, an advert, a coin, a stamp, a special issue of World magazine, a 3D website implementing the latest digital innovations and pattern podcasts. These are just some of the actions that Pirelli put together to celebrate 150 years of corporate history, touching on the many areas of the brand’s involvement worldwide: from Formula 1, rally racing, Superbike and pro cycling, to ski championships, sail and football, through the partnerships and the endorsements that have accompanied Pirelli along all the way.

The celebrations started in style this morning on the stage of the Piccolo Teatro in Milan, with a show that brought together voices and images of many decades of history, industry, costume, technology and dedication, beginning on January 28, 1872. The show was announced by a worldwide countdown and three sporting events, which took place the last weekend and pivoted on the 150th-anniversary logo, unveiled last November during the unveiling of Bryan Adams’ Pirelli Calendar.

Sport. The car that drove the opening lap of the Monte Carlo Rally, the first event of the WRC season, sported the colours celebrating Pirelli’s 150th anniversary. Head of Pirelli Motorsport Mario Isola and former World Rally Champion Petter Solberg were in the Kimera Evo37. The 150th-anniversary logo made an appearance at the San Siro stadium for the Inter Milan-Venezia football match and on the slopes and bibs of the Ski World Cup. The Downhill and Super G events were won by two Italian athletes, Sofia Goggia and Elena Curtoni, both sponsored by Pirelli. Celebrations through Pirelli sponsorships will continue all year long.

Countdown. The show at the Piccolo Teatro was announced by an international countdown that started on 24 January in Rio De Janeiro and continued over the following days with a 3D animation that lit up the 180 metres of the CITI Tower in Shanghai and the Nasdaq Tower in Times Square in New York to end in Milan with a projection on Palazzo Venezia in Piazza Cordusio. The 3D video of a tyre running down a slope and stopping just before flying off the screen shown in New York and Milan perfectly expresses the “Pirelli Power is nothing without control” payoff, while a 3D animation displayed the logo and the best wishes for the 150th anniversary in Shanghai.

Main stage. “What an original sketch, don’t you think? Just look at that P… It appears elastic, even rubbery”. These are the words that kicked off the celebrations for Pirelli’s 150th anniversary at the Piccolo Teatro in Milan on 28 January 2022. The most significant moments were narrated by journalist and writer Ferruccio De Bortoli, Formula 1 chairman and CEO Stefano Domenicali, journalist and essayist Paolo Mieli, architect Renzo Piano, the Rector of the Milan Polytechnic, Ferruccio Resta and publicist and essayist Annamaria Testa. They were joined by Executive Vice President and CEO, Marco Tronchetti Provera and Alberto Pirelli to witness the lasting bond between the family and the company.

Today, we wanted to take a journey through history together and look into the future. Anticipating change is what Pirelli has been doing for 150 years, strong of its corporate culture and its ability to always be a protagonist of the present. These elements have allowed us to reach this milestone with a brand that is established worldwide. We felt it was important to share this story with our city, our country and all the international players and communities with which we relate day after day. A special thank-you goes to all the 30,000 people at Pirelli who build our history every day

History. The origin of Pirelli dates back to 1872, the year Giovanni Battista Pirelli founded a limited partnership, “G.B. Pirelli & C.”, in Milan to produce elastic rubber items.  G.B. Pirelli & C. was liquidated and Pirelli & C., a limited shares partnership was established. In 1873, the first plant for the production of rubber items was built in Milano. Later, the rubber band production line for carriages was started (1885) and the first tyre for velocipedes was launched (1894) which resulted from a number of innovations in the preparation of materials and manufacture of tyres. In 1901, the production of car tyres began which was coupled with growth specifically based on two major factors: care for technological development of processes and products and the support of an ongoing commitment in racing, and a strong geographic expansion.

In particular, in the first few years of 1900, Pirelli’s geographic expansion took off with the opening their plants in Barcelona (1902), Southampton (1903), Buenos Aires (1917), Manresa, Spain (1924) and Burton on Trent, England (1928). In those years, the Group strengthened its commitment in racing; in 1907, the first Grand Prix of the Automobile Club of France was won by a car fitted with Pirelli tyres.

In 1922, the limited shares partnership Pirelli & C. was listed at the Milan Stock Exchange. Always in the Twenties, Società Italiana Pirelli — the outcome of a reorganization of Pirelli & C. — was listed at the New York Stock Exchange, allowing  the Gruppo Pirelli to become the first Italian Group with shares traded on the US market. In 1929, the firs Brazilian plant was built and this contributed to Pirelli’s expansion throughout the country.

Shortly after the war, the Superflex Stella Bianca, the first and innovative sport tyre, was conceived and launched. Very popular in Italy during the Thirties, the tyre was fitted with a reinforced tread to avoid damages at high speeds.  In the Forties, Pirelli’s foothold in Latin America gave rise to a further progress with the opening of the  Santo André plant (1940), followed by the  Merlo factory in Argentina (1955).

In 1949, the Cinturato started to be conceived and designed, the first Pirelli radial tyre marketed from 1953. The Cinturato’s main feature was a sturdy belt in radial material between the carcass and the tread and was an innovation compared to the tyres on the market, since it provided a remarkably better level of safety, performance and wear. In 1959, the production of steelcord  began at the Figline Valdarno (Italia) plant.

During the Sixties and Seventies, a further step to develop the strategy geared on geographic expansion and technological innovation was made. In 1960, plants at Patrassus (Greece), and Izmit (Turkey) as well as Gravataì (Brazil) were opened; while in 1963, Veith Gummiwerke AG, a tyre company based in Germany, was acquired. Technological developments ensued with the design of the low tyres which thanks to the know-how acquired in racing, met the power requirements for cars produced by the major international car makers. This series was to be consistently upgraded until the production of super-low tyres, a stronghold of the Group in both the sporting and industrial markets were launched. In the Seventies, a big technology advance was made, with the lauch of Cinturato P6, P7 and P8.

In the Eighties, the result of a further commitment in terms of technological innovation was the introduction of the first motorcycle radial tyre. Geographic expansion was then to be consolidated with the opening of the Brazilian plants at Sumarè (1984) and Feira de Santana (1986) as well as the acquisition of Metzeler Kaotscuck AG, a German company whose moto tyre production was very popular (1986). This helped to  achieve a better competitive positioning in this segment. In 1988, with the acquisition of Armstrong Tyre Company, a US-based tyre manufacturer, the first of many actions to enter the North American market was accomplished.

In the early Nineties, Pirelli was engaged in a demanding corporate and financial reorganization program, following the market recession and the failed acquisition of Continental AG, where considerable economic resources had been invested. The reorganization process was to end in 1994, when the geographic expansion program was resumed. In 1999, Alexandria Tire Company SAE, an Egyptian Pirelli technology licencee and radial tyre maker for trucks and buses was acquired.

In 2000, Pirelli sold to Cisco their terrestrial systems and to Corning their optical component business. One year later Pirelli acquired a share in Telecom Italia S.p.A. through Olympia and became the reference shareholder until 2007. In 2001, based on an on-going technological research effort, Pirelli started producing with their MIRS (Modular Integrated Robotized System) technology which was to substantially change Pirelli’s tyre building process. In 2003, the CCM-based (Continuous Compound Mixing) technology room was introduced to test innovative mixes and materials.

In its search for an optional production platform, Pirelli was to implement a production capacity strategy in those countries with top growth rates. such ad Romania (2004) and China (2005). In 2008, the Settimo Torinese industrial plant project took off. The plant was to be the result from the integration of two factories and was to become the most technologically advanced in the entire Group. Research to develop technologies on tyre energy efficiency also gained momentum, and in 2009 Cinturato P7 was introduced, the first high-performance tyre based on a green philosophy.

In 2010, Pirelli completed its transformation into a pure tyre company, through the dismissal of the Pirelli Broadband Solutions business and spin-off of Pirelli & C. Real Estate. In the same year, the Pirelli Foundation was established to safeguard, protect and enhance Pirelli’s historical heritage as well as promoting entrepreneurial culture as an integral part of Italy’s cultural heritage.

From 2011 Pirelli expanded its production foothold into the Russian market, strengthened its Argentinian presence and also opened to Indonesia and Mexico.

Through Marco Polo Industrial Holding, which was later to be merged into Pirelli on June 2016, the parties promoted a Public Tender Offer on the company which was to be delisted from the Milan Stock Exchange on November 2015.

Between 2015 and 2017, Pirelli’s focus was to accomplish all the objectives set forth in the partnership agreement. Pirelli returned to the stock market on October 4, 2017, following a re-organization process which led to the separation of the Industrial business and to the focus on the Consumer business, enriched with new proficiencies also through the creation of new departments and business (Consumer Marketing, Digital, Data Science, Cyber and Velo).

Previous
i20 WRC Plus