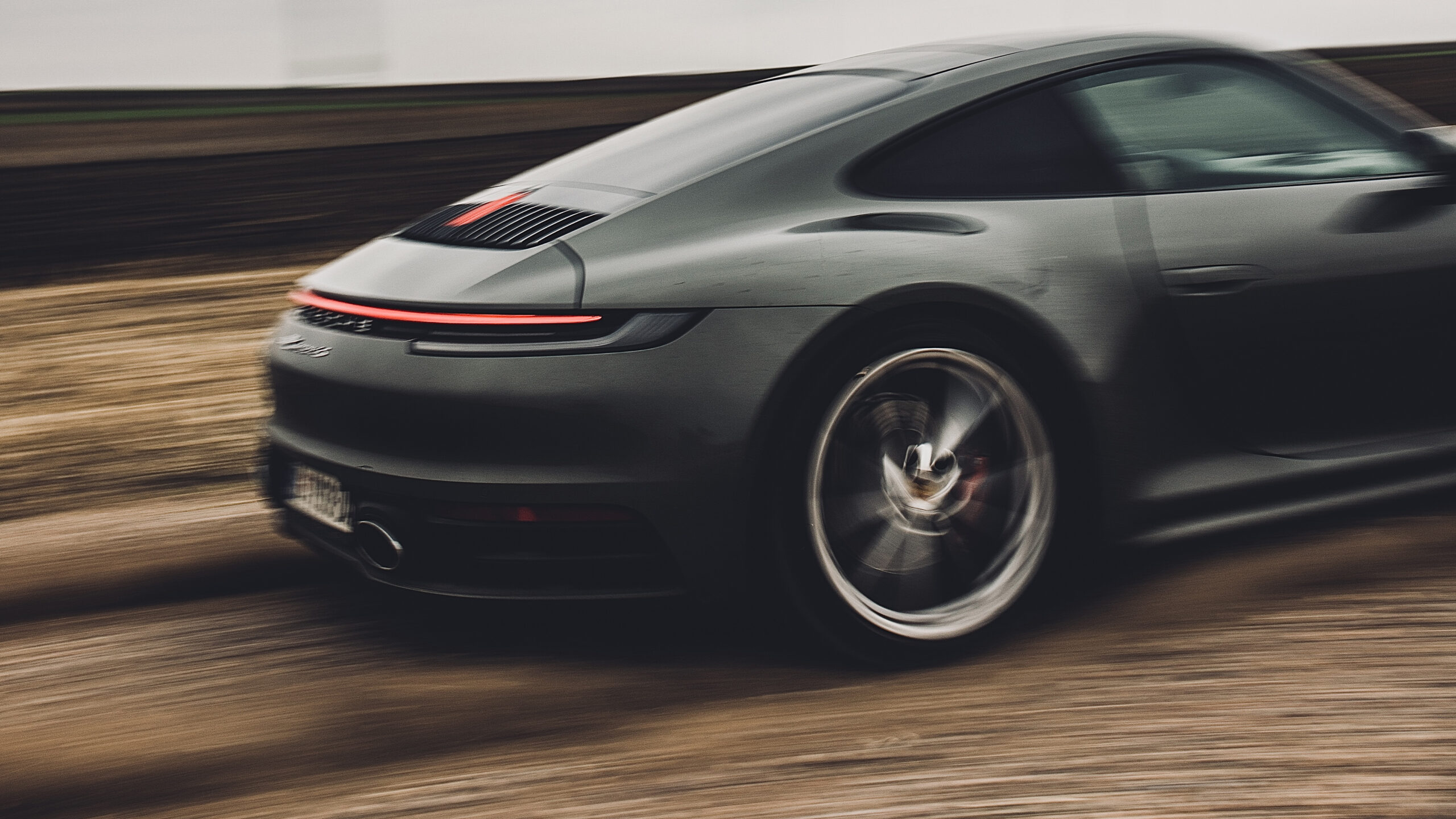 The dose makes the poison

You know those first moments of your life that you actually remember and still can visualize? When I was child, in the early 90s, the only words I knew were mom, dad and a couple of automotive brand names. At that time I couldn’t even spell grandma or grandpa’s names. I still have a strong visual image etched into my memory: I was stopping near almost every parked car on the street while walking around the city. My mother can confirm that I had this sort of daily ritual where I would point my finger at the car: I wanted to be sure to touch it and say its name. I guess it must have been a pretty stressful experience for my parents after the fifth car parked in a row.

I’ve always loved cars and it’s hard to define the exact moment that love developed, since the fact I was just too young to quantify any particular feeling. But I’m pretty sure this true passion certainly has something to do something with my father. He has always been passionate about transportation, especially cars, and during my childhood he changed quite a bit of them. At the age of seven I was already sitting on his legs behind the steering wheel, but it was during my teenage days that my love for car really kicked in and I realized that a car isn’t just a simple piece of machinery commuting us from point A to point B.

My early 2000s life was absolutely drenched with motorsport and everything revolving around cars and bikes. Riding a motorcycle to school for years while counting days till I could legally drive a car, furtively reading automotive magazines during classes, attending car meetings and waiting for any given Sunday’s Gran Prix strongly contributed to form the idea of what the true embodiment of a street legal sports car should look like.

Something that sounds like Schumacher’s and Barrichello’s Ferrari F2004 V10, looks like a sharp-edged spaceship from Star Wars and has a mid-engine RWD-layout. Something in which a Porsche 911 obviously could never fit. Overwhelmed and intoxicated with high pitched, sharp sounds and presence of these adrenaline-pumping beasts the concept of 911 as an ultimate daily kinda went under my radar. I always felt it just was a ‘too ordinary’ car and I couldn’t understand the reason why everyone was comparing 911s to proper supercars. Nowadays, looking backwards, it wasn’t the car’s fault, of course, it was me not able to comprehend the 911 philosophy.

What changed then, I asked myself at some point. Lots of things changed after the 997 – 6th generation of the 911 myth – launched in 2004, my mindset evolved, years passed, love and appreciation have peaked. One morning I woke up with an amazing opportunity. I have the chance to really find out where the feelings I described before came from in real life. In front of me there’s the ultimate 911, the 8th generation of one of the purest automotive icons, the 992.

As I approach the car, backlight starts tracing the 911 the iconic shape. Initially designed by Ferry Porsche in the early 60s and based on concepts developed by his father Ferdinand, the 911 has one of world’s most recognizable silhouettes. Bloodlines are strong and roots are truly unmistakable even after almost six decades. When you get closer to a 992 your soul tunes into a particular harmonic resonance, which redefines the meaning of the word simplicity.

This car is jewel and gesture at the same time. Distinctive 911 exterior design elements have been reinterpreted and combined with the contemporary language. What we have here is a car that looked great in the past, today and will always look great.

Accessing the car makes a new detail popping out. It literally pops out as common pull-style door handles have been replaced by pop-up ones. Opening the door activates a time machine that sucks me in and throws me directly into the 60s. You know, many great things happened in that period. The Beatles formed in Liverpool in 1960, London-based designer Mary Quant created the miniskirt and, somewhere in Stuttgart, Ferdinand ‘Butzi’ Porsche came up with an idea of an horizontal dashboard for the then planned-to-be Porsche 901.

Keeping the same body lines untouched for almost 60 years surely is an amazing achievement, but to properly preserve interiors’ historical heritage in an era where everything has to be modern as well as comfortable and in a world obsessed with new trends, well, it’s much much harder. A completely different level of difficulty. The 992 features the unique ability to successfully interconnect multiple style elements into one cohesive experience.

Though it’s not as throaty as some of 911’s naturally aspirated iterations, it’s very hard not to recognise this flat-six sound. Cruising around Belgrade early in the morning, passing through the capital’s most famous landmarks makes one almost feeling like Steve McQueen during the opening scene of 1977 movie Le Mans. This Aventurine Green Metallic also reminds me of McQueen’s Slate Grey 1971 911S. Mixing perfectly with cobbled streets and old town buildings, the civilized side of the 992 seems to have reached its peak level. It’s ‘oh, so quiet’ even if behind me there’s a boxer engine that generates 450 horsepower.

I’m sure the car can push like crazy, it’s physics, but where the low speed pleasure comes from? In my opinion, it’s the synthesis of three elements. First one is a spectacular chassis, result of 60 years-long tweaking timespan; second thing is about the engine set up, where turbochargers with electrical-activated wastegate valves allow power to be delivered much smoother, prioritizing high rev power over low down torque: instead of feeling tremendous torque and power cutoff instantly after a certain point, there is natural progression towards redline in a way only NA engines were used to provide. The third element is an acronymous, and flies in your mind when you hit the rev limiter, unlocking that side of the 992 everyone has difficulties not to dip into. It’s an hyperbolic feeling. The PDK and it’s a telepathic experience.

Even if you are a manual gearbox nerd like myself you’ll get quickly intoxicated by Porsche Doppelkupplung transmission. It’s hard to put this thing into words, but I think it’s something related to the way gears go up and down without any interruption or disconnection, while maintaining the excitement generated by both powertrain and chassis.

It’s about the ability to smash your personal track time records in loafers and three-piece suit after a business lunch.

Riding into the sunset while snapping the paddle shifter, leaving that little bit of 7000+ rpm crescendo behind me, makes me think once again what 911 is really about. It is simply about the fact that absolute figures don’t matter if you cannot access them. It’s about all the speed, torque and power parameters which resonate in every millisecond we are aware of, it’s about being able to deliver such dynamic emotions and thrills while driving your kid to school. It’s about the ability to smash your personal track time records in loafers and three-piece suit after a business lunch. It’s about a road trip in a sportscar that can actually fit your family (if you have one, small, children it’s ok) and luggage (if your wife isn’t too pretentious when it comes to pack, it’s ok), wherever and whenever, no matter what.

The dose makes the poison

I usually can’t find many things related to my professional orientation – medicine – in direct contact with the automotive world, but there’s one that perfectly fits into this long story. All of us pharmacists learn and repeat, in the very beginning years of our professional development, a sentence credited to Paracelsus who expressed the classic toxicology maxim “All things are poison, and nothing is without poison; the dosage alone makes it so a thing is not a poison”, often condensed “The dose makes the poison”.

Yeah, it’s the dosage of single components and ingredients that make a 911 so special. It’s the golden ratio of substances such as racing pedigree, gentlemen’s elegance and family suitability in one timeless silhouette.

The Porsche 911 is just a byproduct of what a product it is. A product that teaches the world about the importance of living in the present, instead of focusing on absolute speed and boring figures. Life isn’t a spec sheet, it is not mathematics, it’s pure emotion.

A special thanks goes to Mr Z.M. who was kind enough to lend me the Aventurine Green Metallic 922 – then wrapped in Irish Green and fitted with new wheels – for a review thus participating in this petrolhead journey.

Cars bring us together, but it’s people that make them interesting.