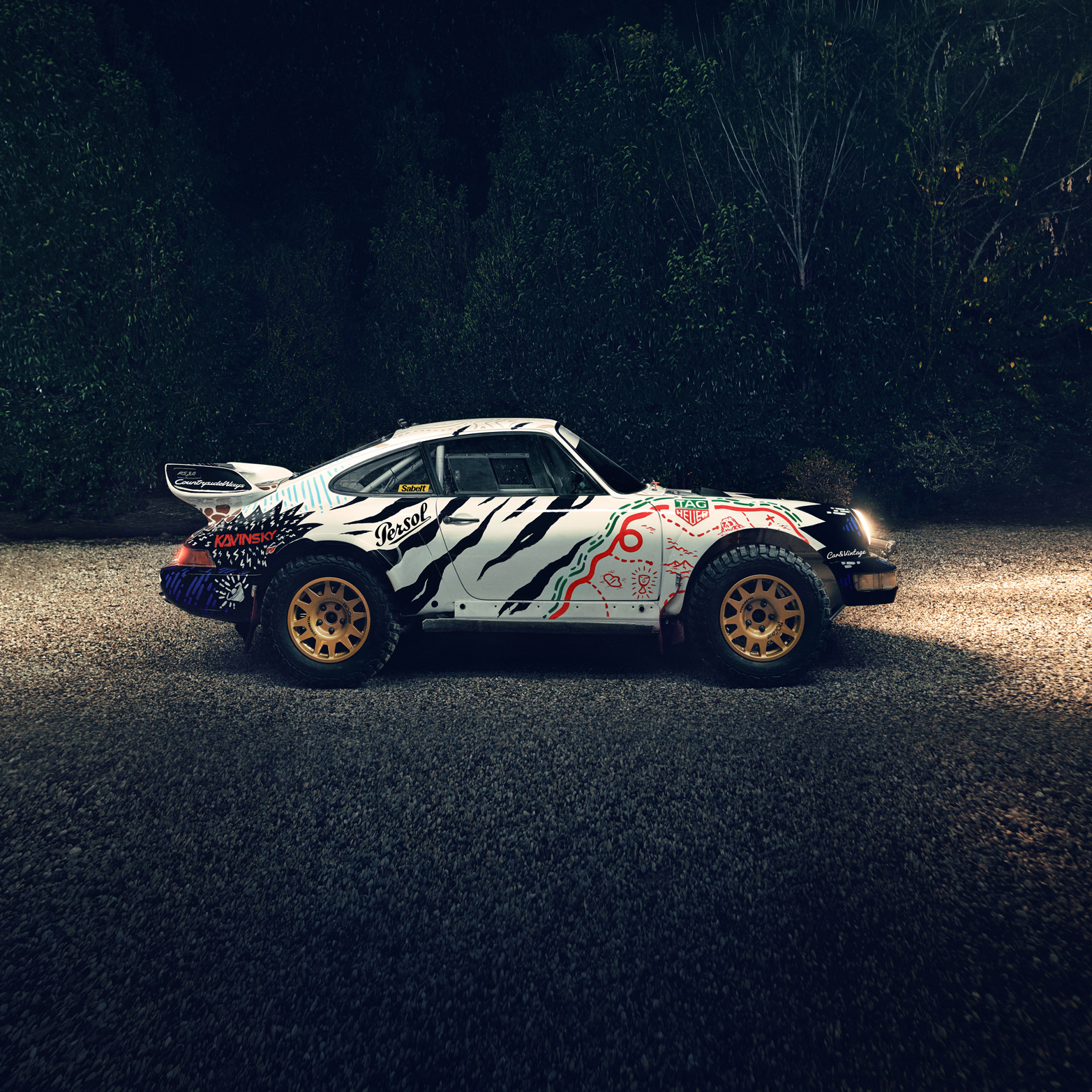 Waiting is over. We promised you we would have unveiled the official livery for the Dakar Classic 2022 and that time has finally come. As most of you already know, the most fascinating raid of the planet will start in less than 10 days with the prologue happening on Jan 1.

Logistics and organization in order to attend such an incredible event have been crazy in the past months, the whole CountrysideWays team rushed to prepare and finish the car before its transfer from the Port of Marseille to Jeddah.

There were 24 hours prior to departure and the 911’s body — not the Porsche we used for the Tunisia Desert Challenge — still was a white canvas. No time for printing wrappings, no time for spaying at the usual body shop.

The complex color scheme created by BorromeodeSilva had to be completely hand-painted, and master Marco Riper spent an entire night doing his magics with few small brushes and the chosen colors.

The result is a striking and never-seen-before rally raid Porsche 911 Carrera 4 art car.

This is the car we will co-pilot with Agostino Rizzardi behind the steering wheel for 12 stages and a total of 8.375 kilometers. New landscapes and new sands to experience, on the tracks as well as on vast chains of dunes.

The new livery plays and interacts with our main sponsors, developing crazy patterns that revolve around brands’ respective fields and 80s graphics.

Around the TAG Heuer logos, tones audaciously investigate unexplored paths and led to an imaginary playground with routes to be followed and goals to achieve.

Persol stands out from a sort of topographic map that lays on the roof, but also from a tortoise brown look-a-like section on sides and continues, with inverted tones, under the rear wing.

On the front end the Car&vintage fonts erupt from the dark, a black explosion that contrasts with the white backgrounds; it seems the car runs so fast that the entire livery slides towards the back.

Animal-print shapes, in addition to the tortoise camouflage, breathe in the lateral views, where zebra stripes swaddle both doors and rear wheel arches, hiding the BorromeodeSilva company logo.

Also, the black cuts mimic somehow the Dakar logo; just like the red palm on the roof that simulate the Saudi Arabian one, representing the Kingdom’s assets defined as its people, heritage, history, as well as natural and non-natural resources.

Kavinksy red letters dominate the area between the rear wheel and the tail lights, another noir-circumscribed area where the power of his electronic sounds come alive.

Will the livery grab the deserved attention? Dakar 2021 lovers, competitors and spectators will tell.

Previous
Made in Italy