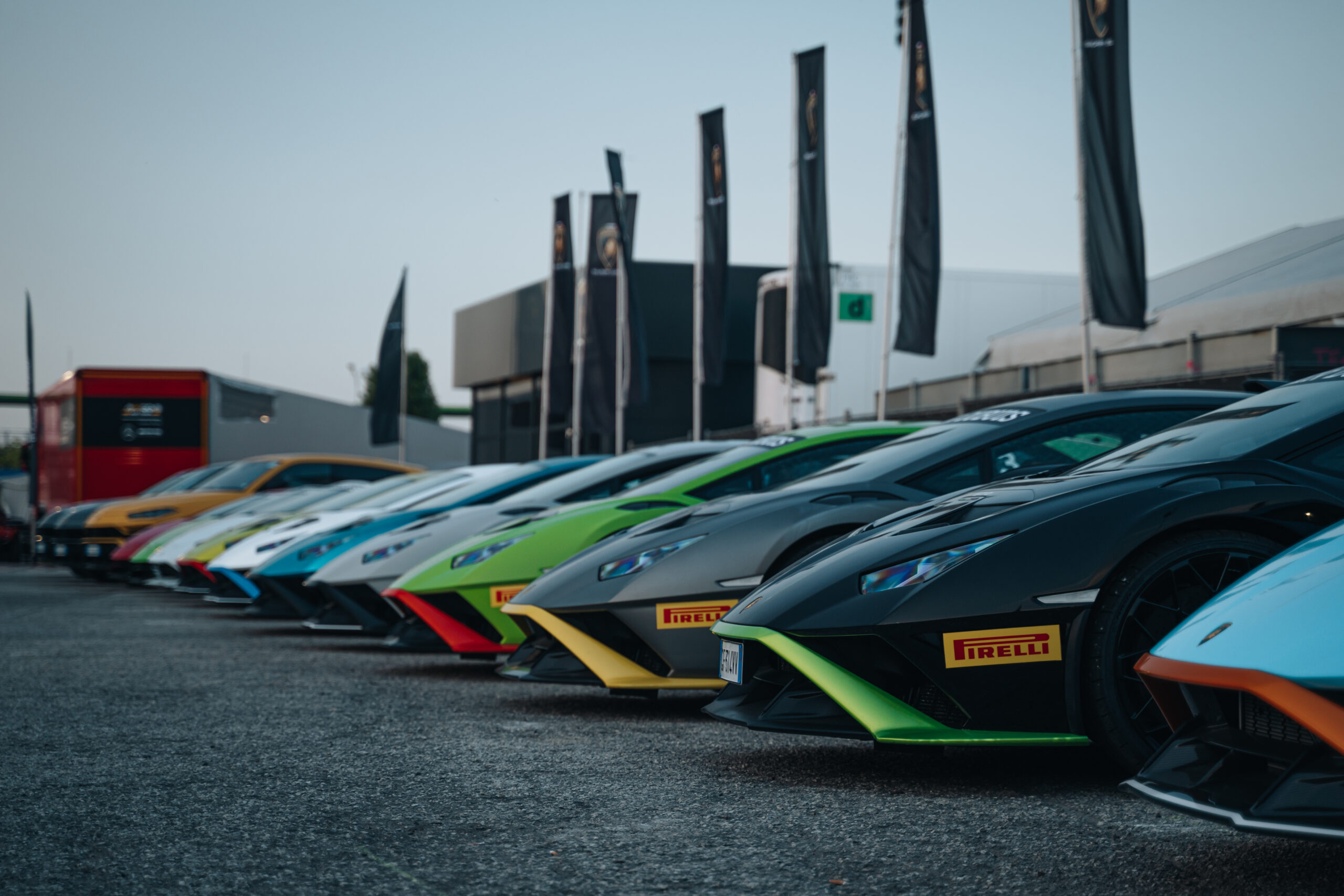 with Pirelli and Lamborghini

Pirelli and Lamborghini joined their forces in the organization of a thrilling weekend we have been lucky enough to get invited to. Instead of the usual chronicles, we chose to let the following images talk. Enjoy!

The first appointment in the agenda drove us to the Bicocca degli Arcimboldi, castle in the heart of the Bicocca district in Milan that gave the name to the area centuries ago. Typical example of the Lombard architecture during the Renaissance, this country house — or, more precisely, hunting lodge — was built by the Arcimboldi family in the second half of the fifteenth century and became property of Pirelli in 1918. For over fifty years it has been the Group’s official reception venue and today its doors are open to all.

After a nice lunch we headed to Fondazione Pirelli, not before a quick tour at Pirelli’s R&D division where we had the pleasure to meet Pierangelo Misani — company’s Executive Vice President Research, Development and Cyber — and have a very interesting chat.

Road product for ultra high performance cars, incorporating state of the art technology, is the very hallmark of Pirelli’s tyre business: right at the core of the company’s DNA. Pirelli’s market leadership means that it equips more than half of all prestige cars on the market, in sizes bigger than 18 inches.

For many years, some of the greatest technical and engineering contributions to the research, development, production and constant improvement of these tyres has come from motorsport. Racing, as we often point out, is Pirelli’s most important research and development tool: a traveling laboratory that connects race to road with a non-stop flow of information on processes and materials that is in continuous evolution.

Since the famous Peking to Paris road race of 1907, dominated by the Itala of Prince Scipione Borghese and journalist Luigi Barzini – with a winning margin of days and a very limited number of punctures despite the harsh terrain – motorsport has given Pirelli vital technology towards road car tyre production. This commitment to motorsport has been a constant in Pirelli’s world, having won five of the first seven Formula 1 world championships in the 1950s. From there, the company has challenged itself over an extremely wide range of disciplines. On both two and four wheels, on the road and the race track, with production-based cars as well as single-seaters, in Formula 1 as well as Formula 2 and Formula 3, plus dozens of other national championships all over the world. Throughout the decades, many technologies have been born in motorsport and brought to the road. One good example is run flat tyres, which were originally designed for gravel rallies but are now a common option on normal road cars.

This technology transfer is even more evident and pertinent these days  thanks to the adoption of 18-inch tyres in Formula 1. Grand Prix cars previously used 13-inch tyres since the 1960s: this latest move, implemented in 2022 following more than two years of research, development and testing, has helped bring to the track one of  the most far-reaching technical revolutions in the whole history of the sport. Today’s Formula 1 cars are the fastest ever, thanks to very high speeds — almost all circuits have at least a couple of points where drivers exceed 300 km/h — and record loads in terms of acceleration, braking and especially corners: where cars sometimes surpass 5g of lateral acceleration. All this with single-seaters that are more than 100 kilograms heavier than a few years ago, which makes these stresses even more demanding.

The outrageous performance of modern Formula 1 translates into extreme operating conditions for Pirelli’s tyres. The amount of precise data coming from the track, combined with the almost infinite capacity for real time in-depth analysis, delivers the potential to evolve at the highest level. This gives more opportunity for advanced development and accelerates the evaluation and eventual adoption of new materials and structures.

The Fondazione established in 2008 in order to preserve and disseminate the cultural, historical and contemporary heritage of the brand and to promote its corporate culture. It hosts the Pirelli Historical Archive, the Pirelli scientific library, a reading room and an open space used for exhibitions and public activities.

Our Friday ended in the small town of San Giovanni in Persiceto for the night, few kilometers far from Sant’Agata Bolognese.

We entered the Lamborghini facilities for a visit at Mudetec, the sportscar brand always interesting museum of heritage and technology.

Time to make our way to Misano World Circuit, stage for the third round of the Super Trofeo Europe. A colorful Lamborghini convoy featuring some V12 Aventador as well as a few V8-powered Urus units took the road towards the Adriatic Sea on the A1 motorway.

Lunch break in the picturesque village of Bertinoro, on top of the eponymous hill which offers an incredible landscape view.

The hot journey ended in Misano, were we parked the Lambo cars in front of the dedicated Hospitality Area. Here we got keys for a brief test drive with a 25th Anniversary Countach and the famed Oro Elios-livered Diablo 6.0 SE number 42 of 42 ever made, Sant’Agata Bolognese’s last Diablo ever produced. Its heart, an aluminum 60-degree V12 engine, with 550 hp.

Sunday highlight: the super hot laps onboard the Essenza SCV12. Fitted with the most powerful V12 naturally-aspirated engine from Lamborghini to date, this track only hypercar is capable of exceeding 830 hp thanks to aerodynamic supercharging at high speed. The lightweight chassis with rear-wheel drive incorporates a sequential six-speed gearbox as a structural element within the chassis, reducing weight and enhancing weight distribution. Pushrod rear suspension is system installed directly on the gearbox, while power is delivered on the track courtesy of specially developed slick Pirelli tires fitted on magnesium rims — 19” front, 20” rear. Simply breathtaking.

During the weekend, Lamborghini Squadra Corse received ISO 20121 certification from TÜV Italia, which certifies that the organization of an event has been carried out according to the criteria of environmental, social, and economic sustainability. In line with the ambitious sustainability targets announced with the Cor Tauri plan, Lamborghini Motorsport department implemented a detailed program for this Misano round, based on energy-efficiency projects, the reduced use of paper and plastic, the use of local organic products for catering, and food recovery projects for charitable causes and to raise awareness and increase understanding about the issue among everyone involved. 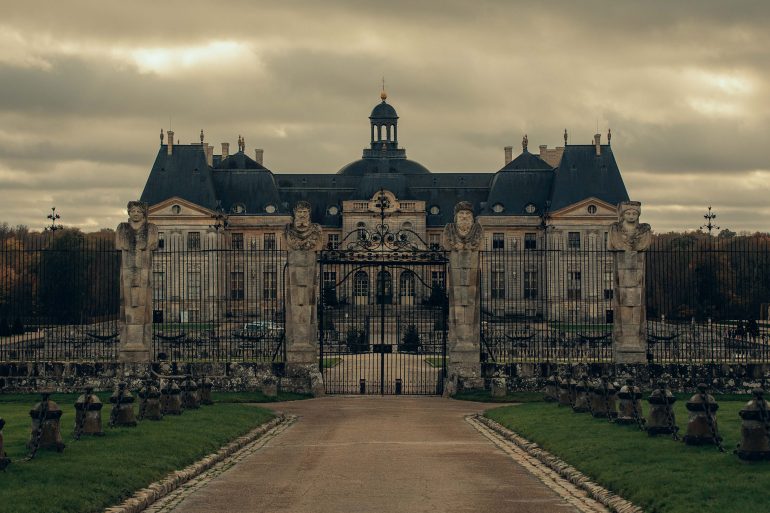 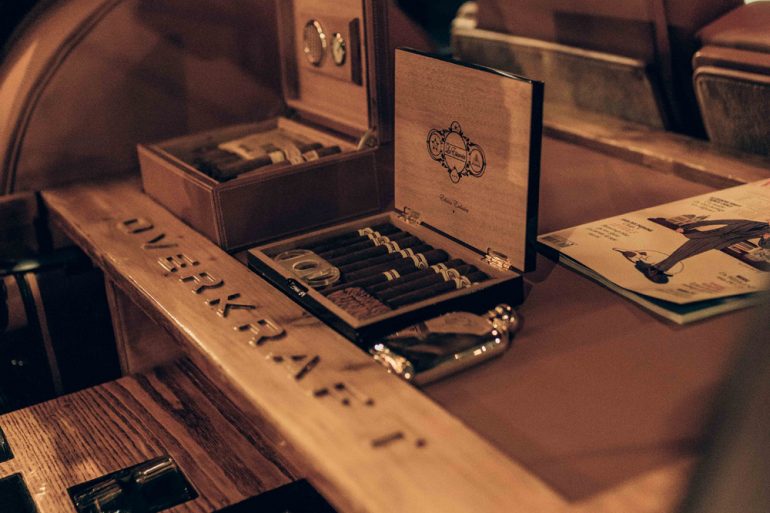 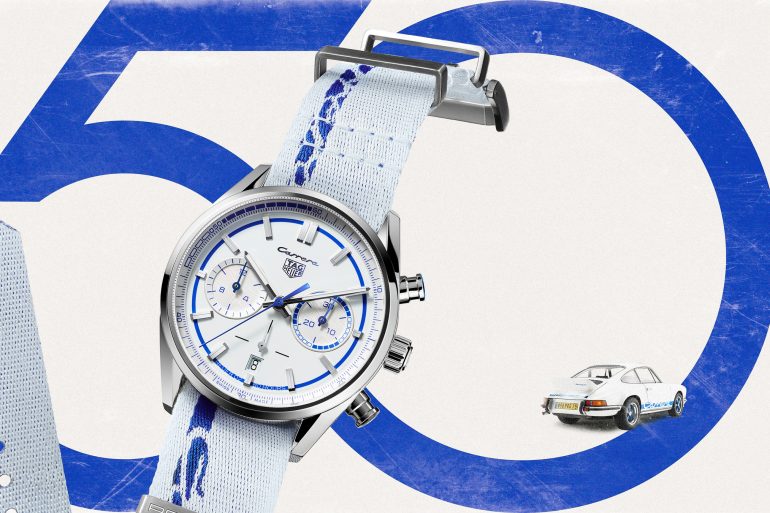 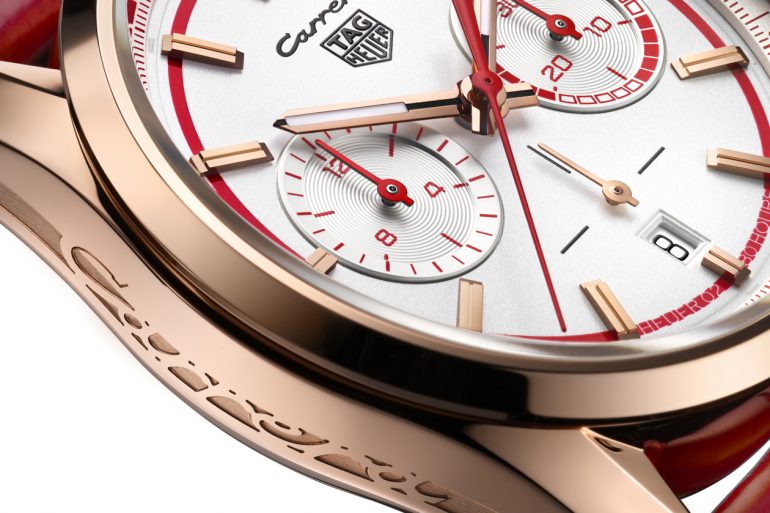