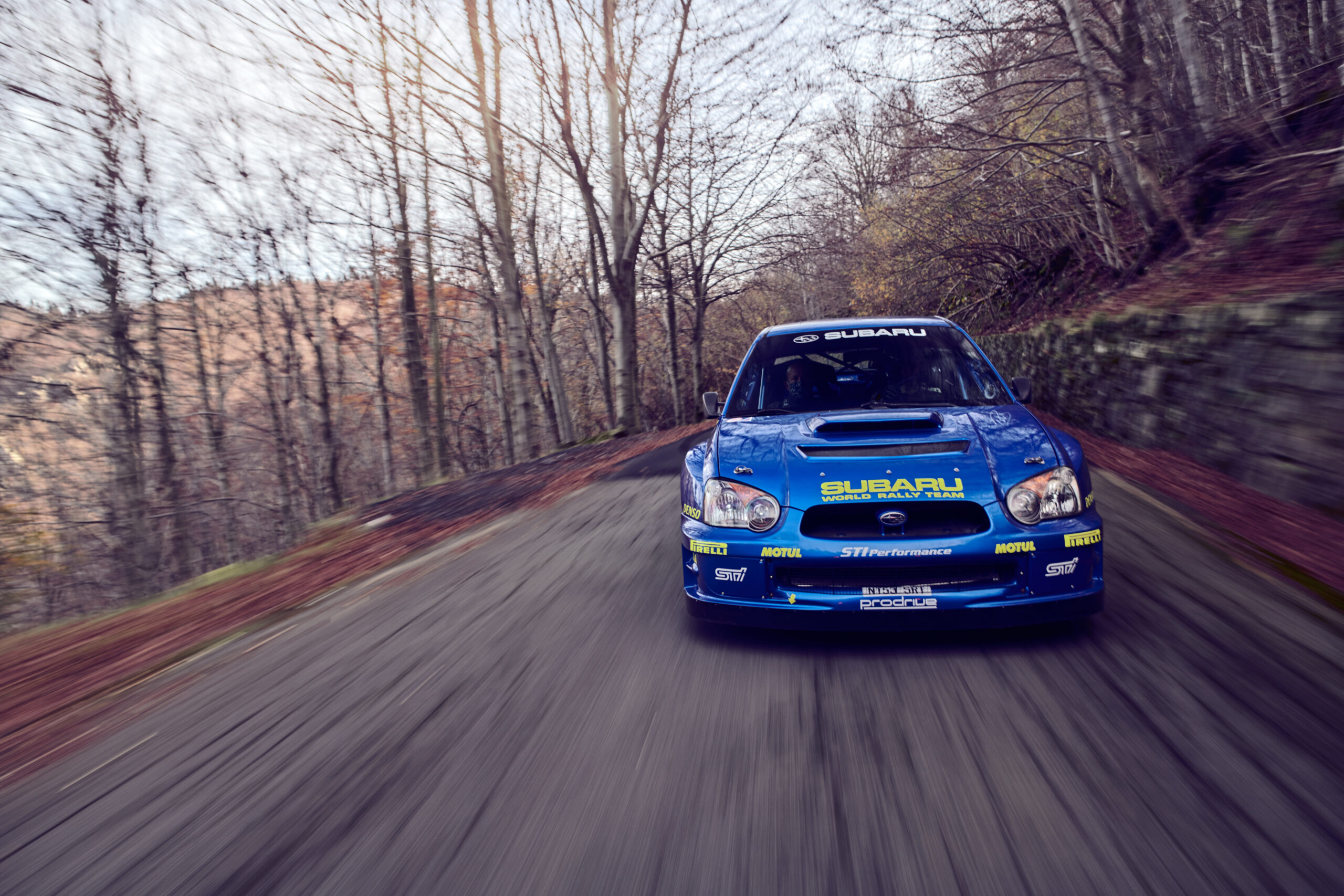 Thanks to Car&vintage’s friend and rally driver Alessandro Gino, we had the chance to experience a Sunday drive on his Impreza S10 WRC ‘04. This chassis, driven by Peter Solberg and co-driven by Phil Mills, won both the Prophecy Rally New Zealand and the Wales Rally GB during the 32nd season of the FIA World Rally Championship.

The car inherited from its 2003 predecessor the blob eye front lamps and features an improved engine/turbocharger unit, with the aim to increase torque at lower RPMs extending even more Impreza’s greater drivability. These enhancements included a new state of the art TAG Electronic Control Unit and its 1,994 cc four-cylinder 300+ hp EJ20 engine featured a new boost with better response and packaging, a new Inconel exhaust manifold and revised crankshafts resulting in more power. The IHI Turbocharger was accompanied by the most advanced “Rocket” anti-lag system in the Championship, again leading to get more engine power as well as efficiency. Its body shell was made lighter and 15% stiffer, with several refinements to body panels; a revised version of the six-speed semi-automatic, paddle-actuated @prodriveofficial gearbox was introduced halfway through the season…

Sitting in the co-driver seat, we have to say, is already quite staggering even when the car is still parked, but when Alessandro kicked the first gear in we knew we were about to fly. Accelerations are quite intensive, the sequential gearbox’s shifts felt wonderfully mechanical, almost with no pauses in between.

The level of grip on heated tyres was outstanding and the Impreza leant on them like a bullet train to its rails. Endless. At speeds where any normal car would have flipped over hairpins, the S10 moved like we could not expect. Our pilot controlled his car with measured arm movements, the road was one of his favs, and we really enjoyed this all-around beast making super cool memories of it.